Deep Brain Stimulation (DBS) is effective at alleviating symptoms of neurological disorders such as Parkinson’s disease. Yet, despite its safety-critical nature, there does not exist a platform for integrated design and testing of DBS devices. Thus, we have developed a model-based design framework for DBS controllers based on a physiologically relevant basal-ganglia model (BGM) that we capture as a network of nonlinear hybrid automata, synchronizing via neural activation events. The BGM is parametrized by the number of neurons used to model each of the BG regions, which supports tradeoffs between fidelity and complexity of the model. Our hybrid-automata representation is exploited for design of software (Simulink) and hardware (FPGA) BGM platforms, with latter enabling model simulation and device testing in real-time. We demonstrate that the BGM platform is capable of generating physiologically relevant responses to DBS, and validate the BGM using a set of validation requirements that we introduce.We present the use of our framework for design and test of DBS controllers with varying levels of adaptation/feedback. Our evaluations are based on Quality-of-Control metrics that we introduce for runtime monitoring of DBS effectiveness. 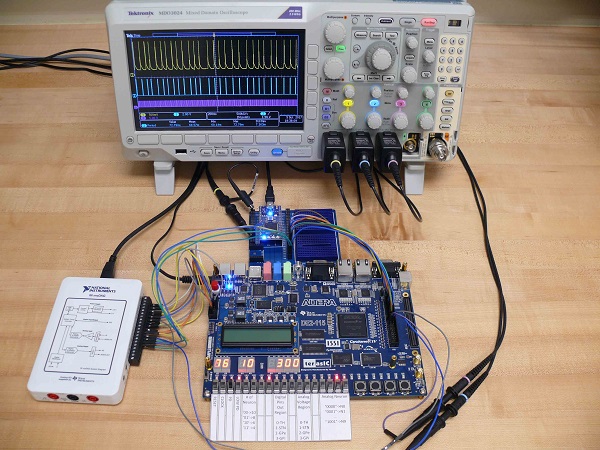